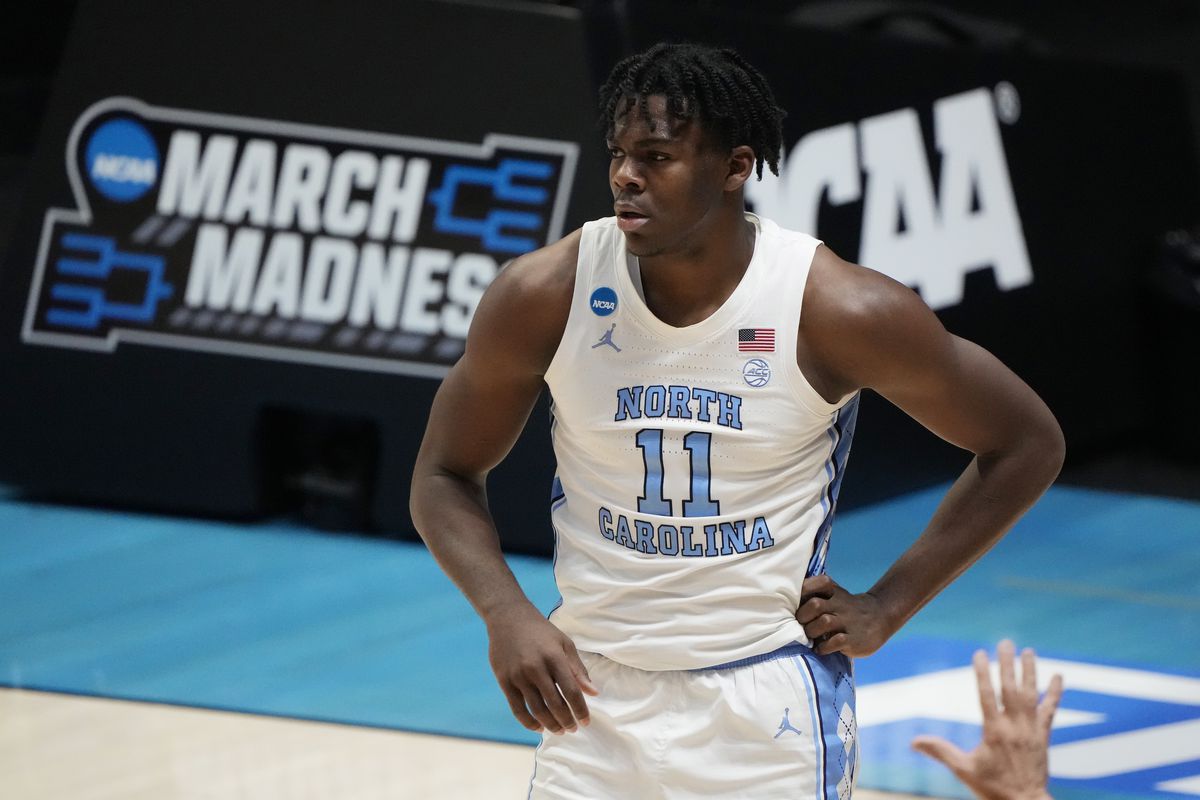 The day is finally here: we are now just hours away from the 2021 NBA Draft. While usually UNC has a few players to keep an eye on, this year all eyes will be on the one-and-done big man Day’Ron Sharpe. His draft stock has been all over the place since he arrived in Chapel Hill, though things have gotten really interesting as of late.

The conversation surrounding Sharpe going in the first round has gotten louder and louder over the last couple of weeks. A large part of that comes from him slimming down following his freshman season, and that was enough to at least catch the eye of the Charlotte Hornets.

If you’re interested in a full breakdown of Sharpe’s game, Akil Guruparan wrote a really good piece yesterday that you should check out. Ultimately, what will convince teams to pick him in the first round are a few things: his new, trimmed down body, his motor, his elite rebounding skills, and the wildcard, which is whether or not they believe he can develop into a good enough shooter. The good news is that he is young and is projected to still get picked in the late first round at best, so unless one of the lottery teams are extremely passionate about picking him, he’ll likely go to a team that will be able to develop him before giving him significant playing time.

As far as teams to keep an eye on to pull the trigger for Sharpe, I would definitely keep an eye on the Charlotte Hornets, but the Rockets, Bucks, Suns, and Jazz are a few of the teams that have also been cited by experts as possible landing spots. The Los Angeles Clippers were also mentioned, and it seems as though that is a team that has been mentioned more than a few times. Clipper’s Nation writer Sabreena Merchant wrote a piece about this yesterday, and what’s intriguing is that Sharpe is the only big mentioned for their team’s potential pick.

It should be a fun draft night, but an even more fun night if you happen to be an Oklahoma City Thunder fan (seriously, I still can’t get over how many picks they have). Here is how you can watch the draft live:

As always, we will also be here to announce where Sharpe goes as it happens. Stay safe, be kind to one another, and Go Heels!