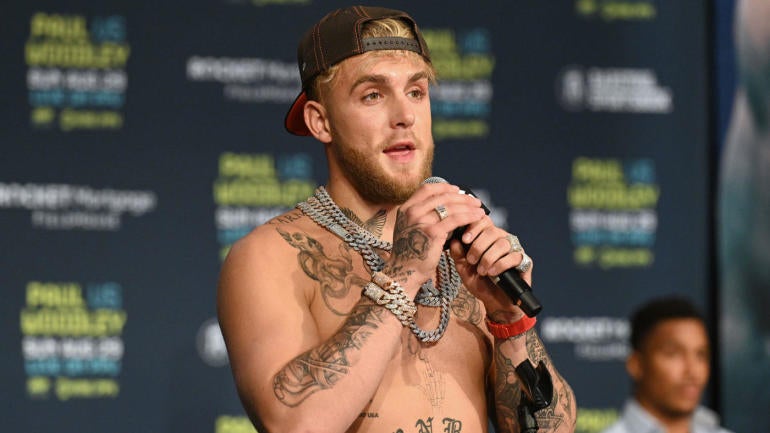 On Sunday night, Tyron Woodley will look to end the hype of the Jake Paul boxing experiment when the two men step into the ring in Cleveland’s Rocket Mortgage FieldHouse. The action goes down at 8 p.m. ET on Showtime pay-per-view.

Paul, the YouTube influencer-turned boxer, is looking to remain perfect in his professional carer against his most dangerous opponent yet. Woodley is a former UFC champion and one of the best welterweights in mixed martial arts history. Woodley is also a far more accomplished striker than Paul’s previous opponent, Ben Askren, another UFC veteran.

Four more fights fill out the rest of the main card on Sunday night. Kicking things off will be a potential future opponent for Paul in the form of Tommy Fury. He’s the younger half brother of WBC heavyweight champion Tyson Fury who rose to fame on British reality TV series “Love Island” as the runner up. Fury is 6-0 with four knockouts so far in his burgeoning career and a heavy favorite to beat Anthony Taylor. Plus, unified women’s featherweight champion Amanda Serrano is back when she takes on Yamileth Mercado in the co-main event.